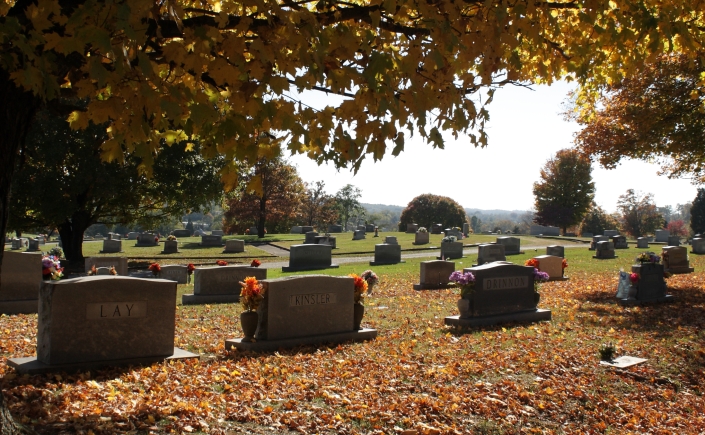 The Walking Dead has entered our family home. We are hooked on the TV show and we feed our addiction with one show per night. Although sometimes it is a family event, it is mostly my youngest and I faithfully turning it on each night. I am spending quality time with my child.  We do have interesting conversations about zombies and he laughs when I hide my eyes. I am running out of things to share with him, if it is zombies that bring us closer together than so be it.

During the week I was involved in two conversations about the “priority list”; God first, family second, work third. One discussion came up during a bible study and another while at work. In each discussion, I asked what exactly does putting God first look like? In each case, I was met with incredulous stares and the canned response of “God above all things.” Am I to give up everything for the love of God? Everything? Even Zombie shows?

If time is my most valuable resource then I must prioritize on how I use it. If God is to be number one then I must find out what that looks like. I look over my week and I try to determine what was the most wasteful. The laundry? Cleaning the toilet?  Both seem like a horrible waste of time. I spent a few hours in the garden and soaking up the sun, was that wasteful? I also have started another part-time job. I have worked part-time on and off for the past fifteen years. I would quit when the guilt ate at me for not spending enough time with my children and start-up again when my mind needed something to do. This new job is in a new field of work and I want to give it a try.  Am I putting work before family?  Am I being selfish?

Occasionally my boys act as helpless as babies. Was I so attentive to them to the point where they now don’t know how to take care of themselves? If I had worked full-time would I have raised more independent children?  I ask this question because one morning last week, the time had run out and we were officially late. One boy’s hair was everywhere and he was not dressed and the other was looking for something. They each looked at me as if I did this purposely to them. Within thirty seconds I had a shirt for one and the lost item for the other. I literally pushed them into the car and off we went. Did I just enable them to be helpless? Did I teach them that if one stood around long enough doing nothing, someone would take care of it? Even though I was late, I was so upset that I decided to take a breather at the nearby coffee shop. As I walked out of the door with coffee in hand, I almost collided with a man. We walked side by side for a split second, before I mumbled excuse me and hurried ahead of him. I have seen this man around town and I believe he is homeless. He is a frequent visitor at the community kitchen where I work part-time. I watched him from the car, his pace never changed, eyes straight ahead, slight slump shoulders and he shuffled his feet as he moved forward in a slow stride. I felt guilty for spending money on coffee instead of giving it to this man. The longer I watched the more he started to remind me of one of those zombies, (maybe I should stop watching that show). My boys act like zombies sometimes. Most of the time they don’t see me unless I make enough noise. And when they do see me, they consume everything I have. Am I raising zombies? Zombies feed upon the living. That morning I felt used. No sugar-coating this truth. They are more than capable of doing for themselves.

The Walking Dead is more than about zombies consuming the living. The survivors have created a small community and are finding ways to keep everyone safe. They make up laws as they go, such as should they kill one of their own for the sake of the whole community. Where is the line drawn on when you start killing the “living”. They can see how this will lead them to be worse than the zombies. To do whatever is necessary to survive does not keep them “human”. Sacrificing for family and friends gives their life more meaning. It separates them from the zombies and it takes them beyond being just “survivors”. It would be easier to sit in the safety of their community, getting rid of those who are a threat and survive. They have decided to fight for humanity and they will take great risks to do so. Their priorities are not become zombies or to become those who have hardened their hearts to survive. They are trying to exist somewhere in between. I think this should be my priority too.

I had a huge disagreement with a family member. This argument looked a lot like the conflict I had with the boys a few days ago. He has judged, tried and convicted me and there is no more discussion about it. He has hardened his heart and I am wounded. In this case, I am the selfish one and I need to take a long look in the mirror. Am I at risk of becoming a zombie? If so I should be thanking him for pointing it out.

Life is hard. We give and we take. If I always put God as the first priority, then that means I am to love first. It is what keeps us human. The characters in the TV show will not lower their standards for survival; they are going to remain human. God will not lower his standards of us either. He expects us to love. I have accused and I have been accused. I know how hard it is forgive, but I also know what it is like not to be forgiven and how hard it is to rise above that. To walk with your head held high when people claim you are not worthy of forgiveness. I know the feeling of not being loved. It has the capacity of turning you into someone hardened and heartless. Or it also has the capacity of turning you into someone needy and you feel you need to take whatever you can from those around you.

If this is the case, then in order to stop this disease from spreading, I need to put God first in every situation.

My human existence may depend on it.